Snow tracks telling a story. That was the idea behind the winter campaign the manager of the Brooklyn clothes stores had in mind. So I designed different possible encounters in the snow and visualised them in my trusty 3D software. From there I had the approved designs routed out of polystyrene plates and had to hand finish the details, which was pretty labour intensive. Then they were coated in a special mix of paint, glue and plaster so they would last a couple of seasons. This was a freelance commission for SUMM. 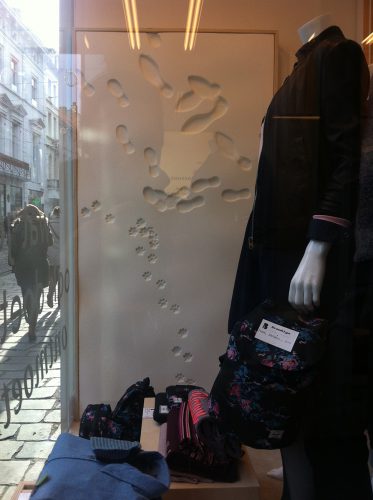 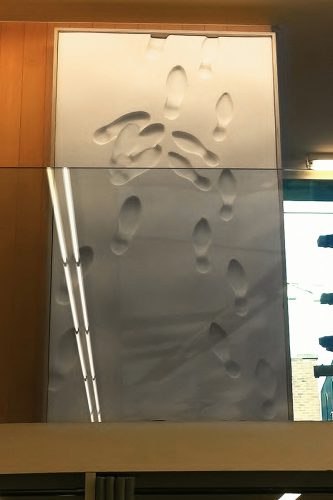 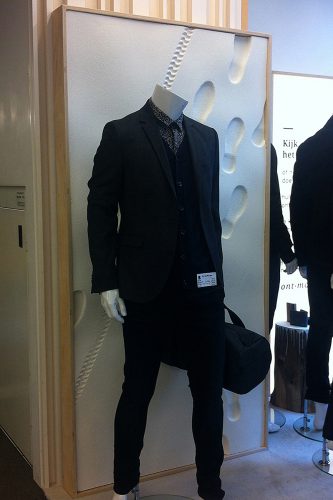 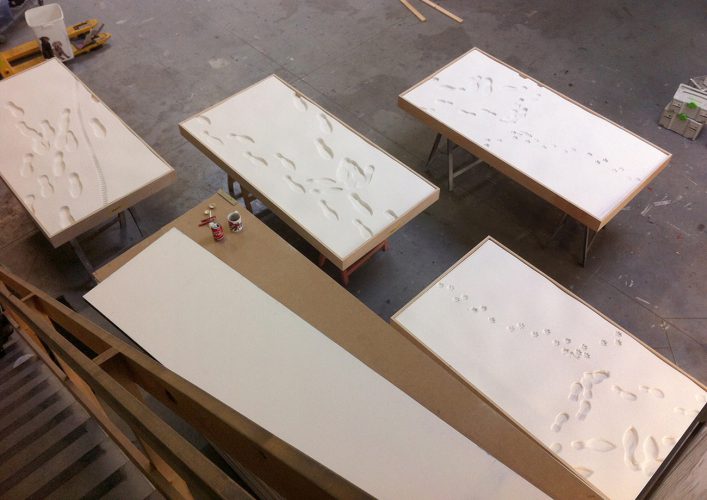 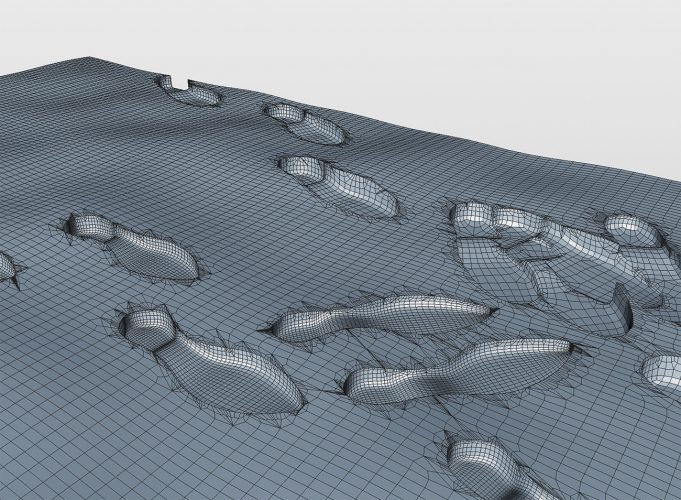 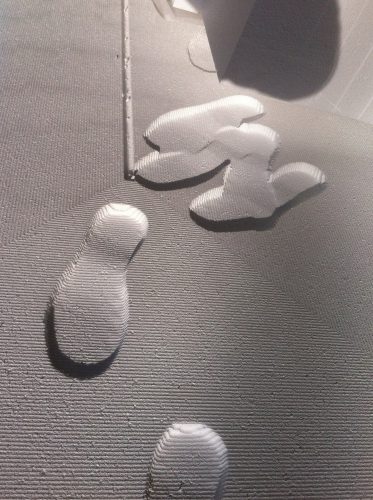 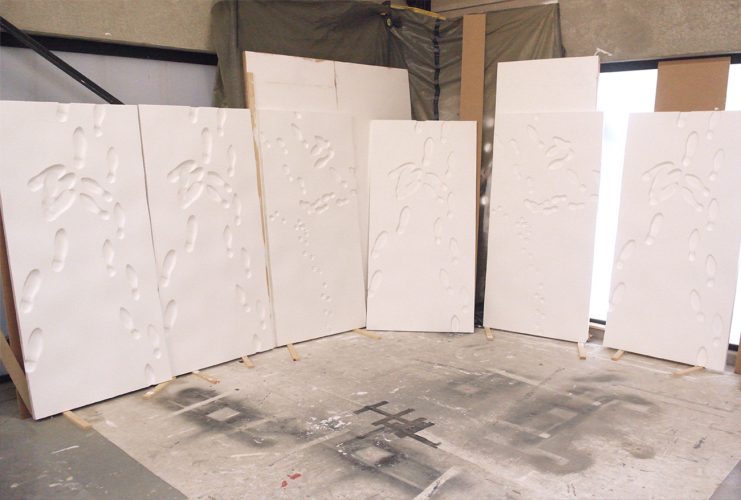