They asked me to restyle the bar of the city theatre of Kortrijk. Because of the tight budget I had to come up with some serious creative solutions. Like all the original acoustic walls we could not touch, so I covered them all in black fabric. We bought a bunch of second hand furniture and custom made some metal frames and reused some of the original backings as cushions for the frames. We also integrated an early 19th century wooden church bench and placed it in front of a massive blowup wallpaper of an original picture taken at the yard when they were building the city theatre. We added different light sources to the mix and the ugly stained giant glass windows in the sealing were covered by stretch foil and they became dimmable light boxes. 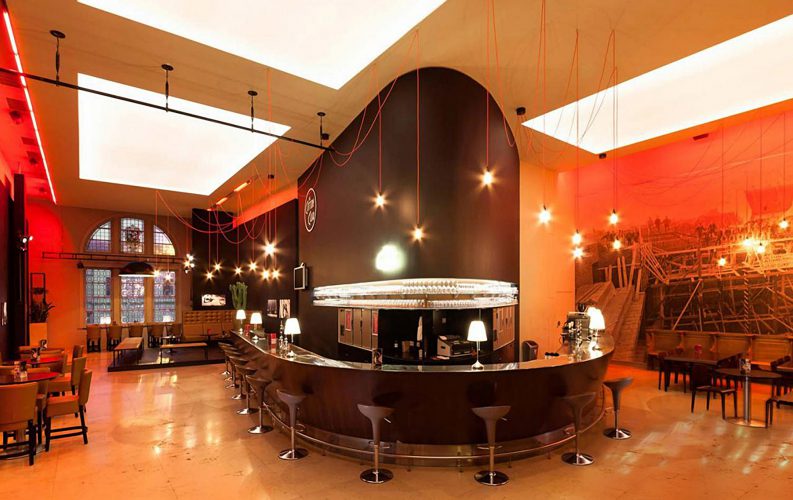 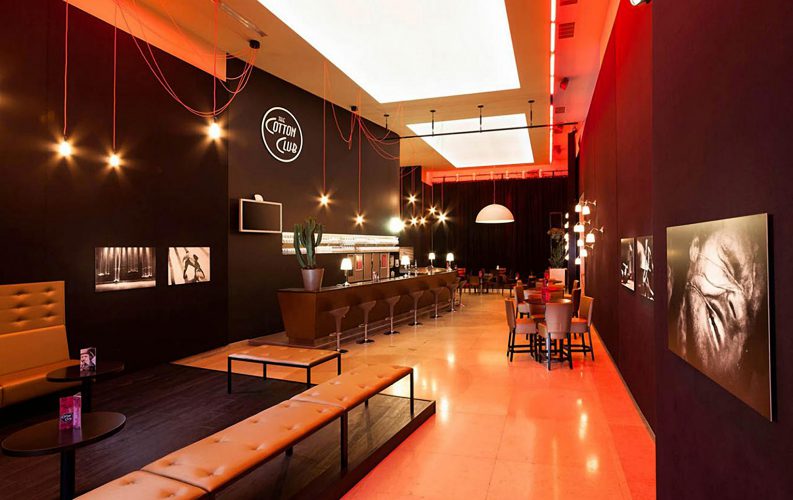 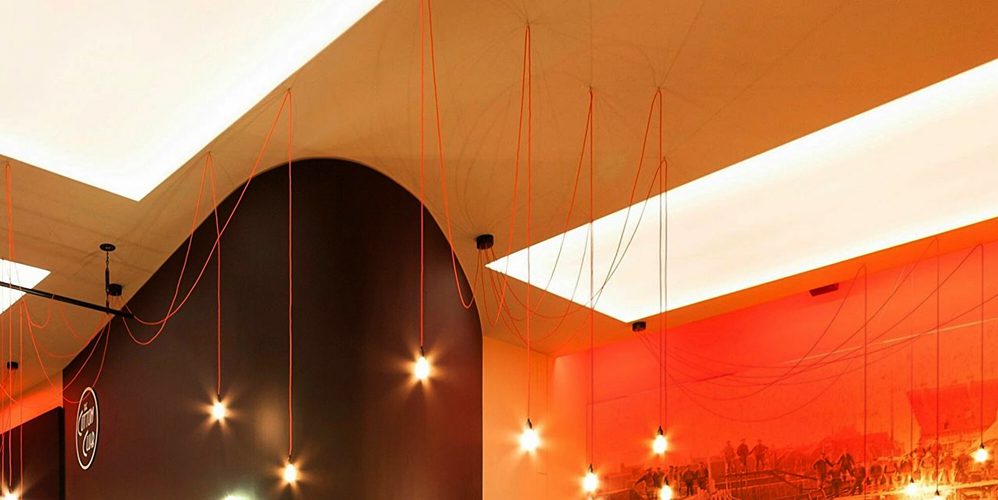 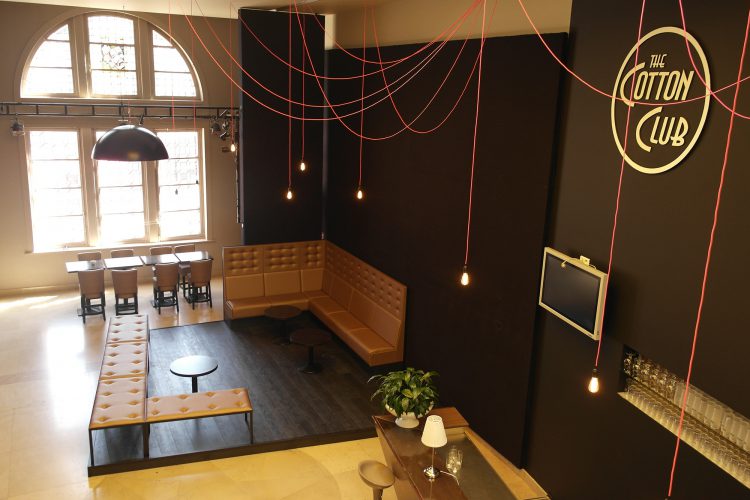 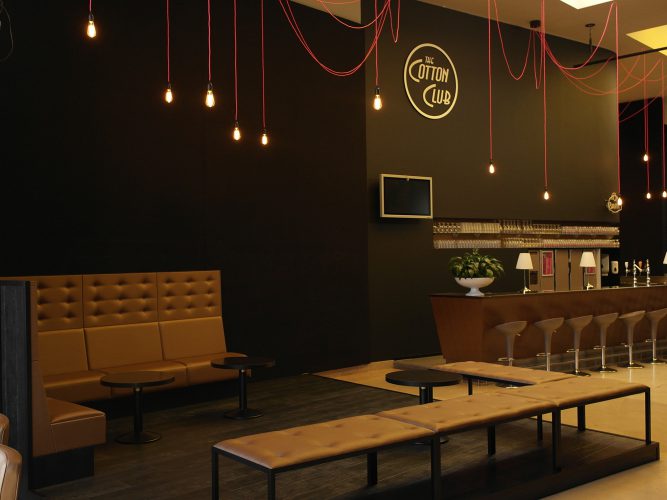 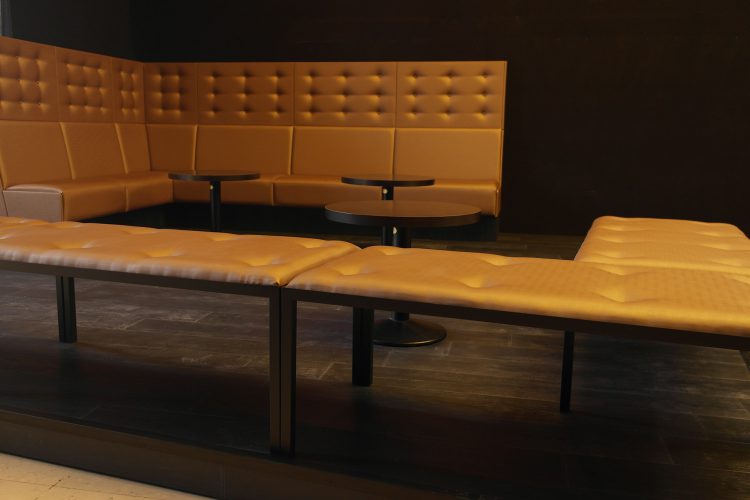 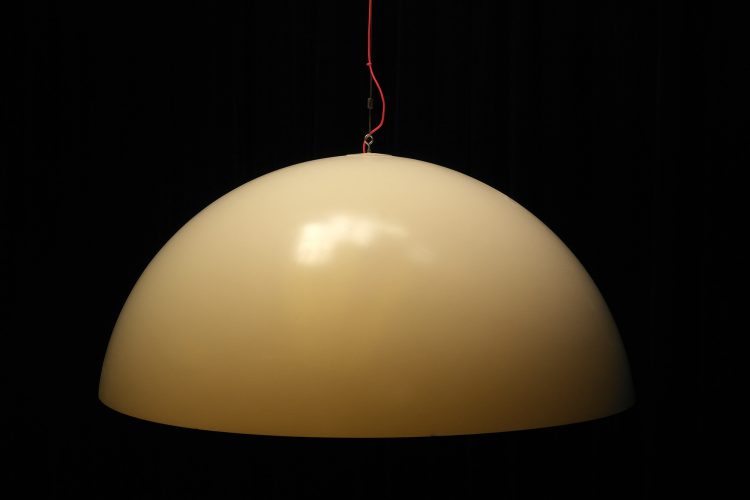 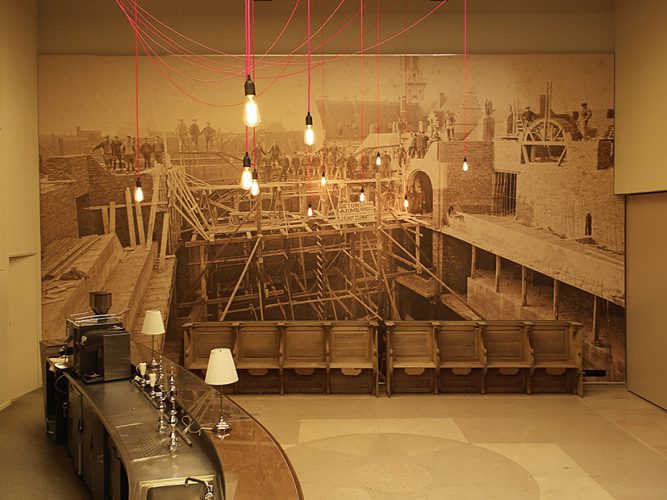 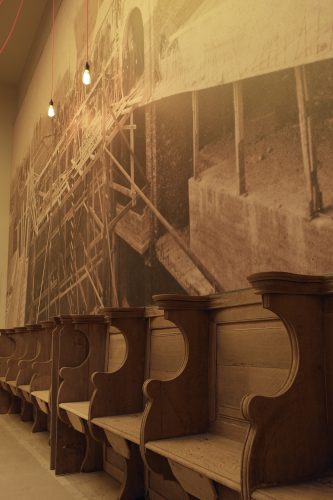 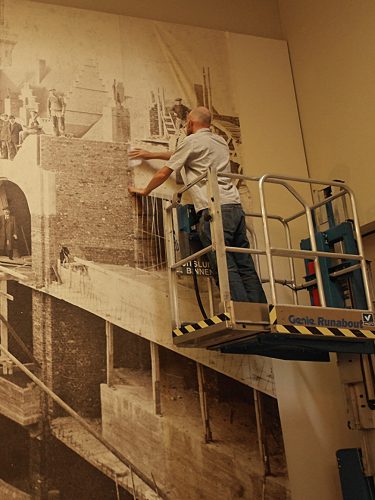 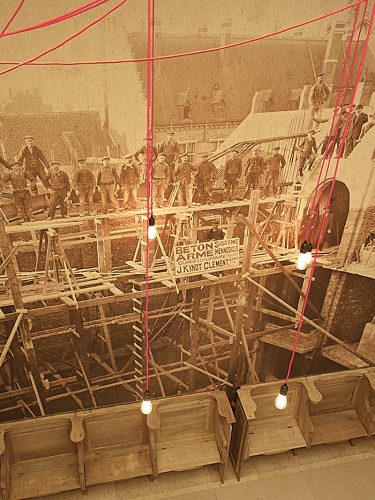