Restyling of the exterior of the temporary concertclub De Kreun, which was in fact an old cinema and after that the legendary concertclub The Limelight. We painted the facade so it would stand out in the street and placed some visuals on the wall. We also made an indestructible mobile bar out of HPL that was in fact a giant equalizer. Also I made a design for a mural at the entrance that would reflect the soul of the many music addicts involved and visiting the concertclub. Later they moved to a brand new building where I did some visuals on the wall and windows. Today the name changed to Wilde Westen. 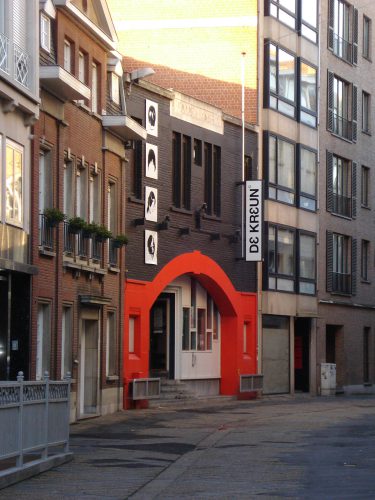 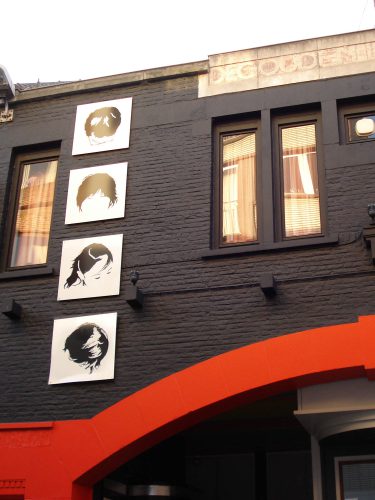 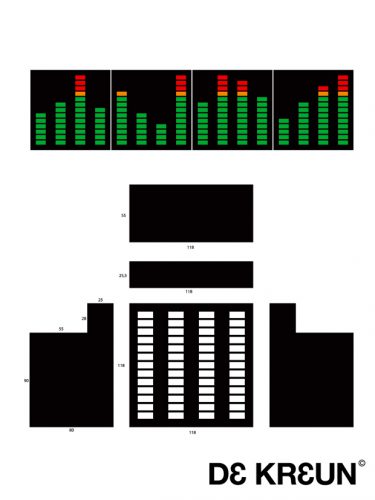 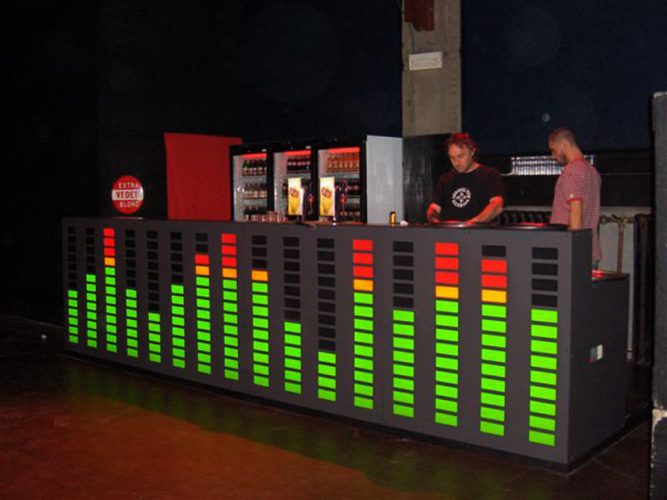 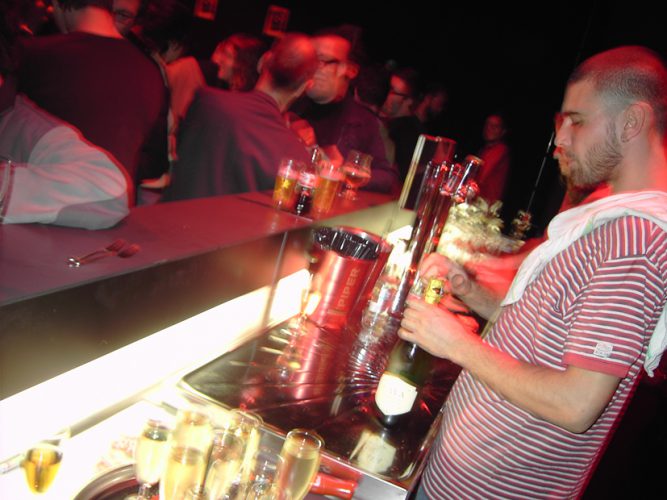 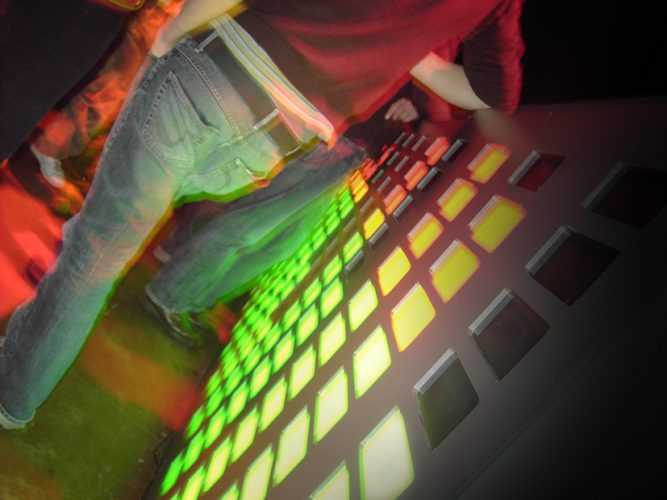 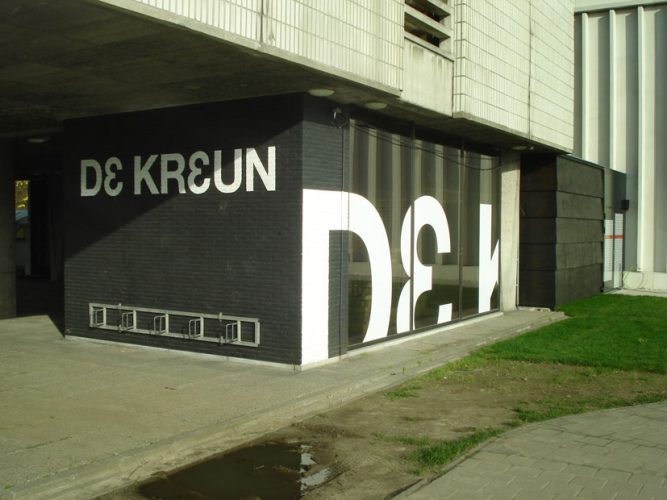 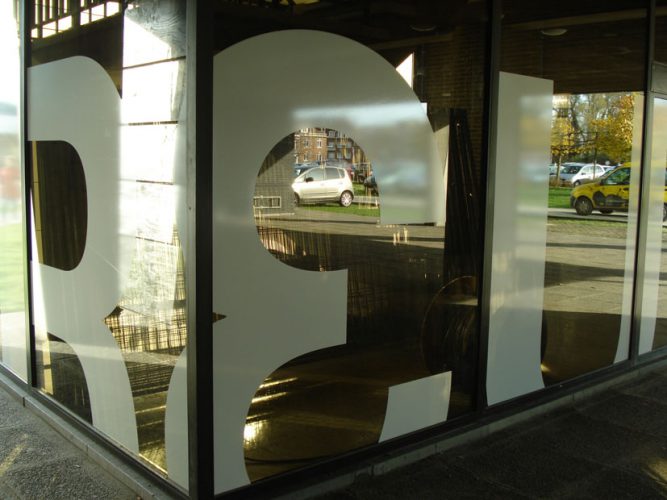 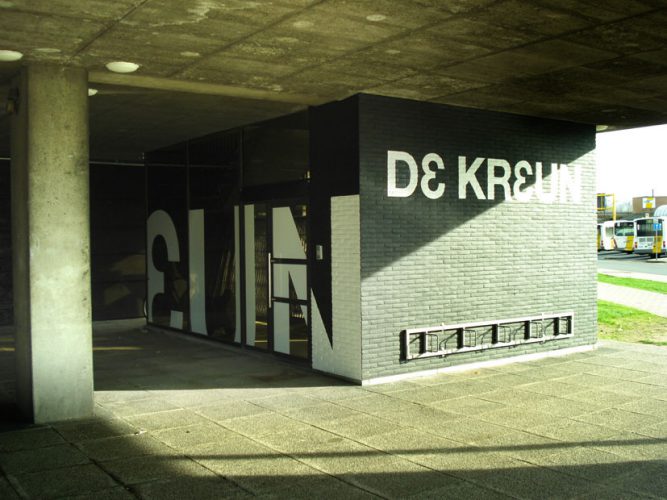